History of Vitamin A

Vitamin A was the first vitamin ever discovered so it was named
after the first letter of the alphabet. Elmer V. McCollum and
marguerite Davis discovered vitamin A during 1912–1914. In
1913, Yale researchers, Thomas Osborne and Lafayette Mendel
discovered that butter contained a fat soluble nutrient soon
known as vitamin A. Vitamin A was first synthesized in a
laboratory in 1947 where it could be used in supplement form .

There has been much earlier references to vitamin A dating back to 400 B.C where biblical writing describes how the squeezing of liver juice into the eyes was used as treatment for eye disease. Of course we know now the cause of this eye disease was due to vitamin A deficiency. This deficiency was restored by the high amounts of vitamin A present in liver.

Most people have heard their mum say “eat your carrots they’ll
make you see in the dark!” well there is actually logic behind that
statement, read on to find out why.

What is vitamin A

Vitamin A along with other fat soluble vitamins are stored in the liver and in the fat cells so providing adequate vitamin A intake is met, reserves can build up and stores can last months so it doesn’t necessarily need to be consumed everyday providing a reasonable amount is eaten at each time.

What does vitamin A do? 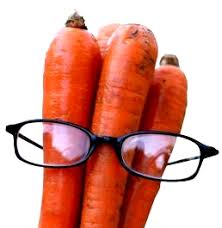 Historical uses for vitamin A

Hypovitaminosis A is a condition caused by vitamin A deficiency. It can lead to mild conditions such as night blindness to more severe problems like cataracts and full on blindness. If your diet is low in a variety of fresh fruit and vegetables then it may lead to health problems over time that may be reflected by some mild symptoms such as inability to see in low light conditions.
Pregnant women tend to be vitamin A deficient and more so during the last trimester as the fetal demand is at its highest.
Between 100 and 140 million children are vitamin A deficient, 250,000-500,000 of these children become blind every year and half of these die within 12 months of losing their sight. This deficiency is leading cause of preventable blindness in children. Unfortunately not every child has access to a healthy diet like we have the privilege of having. Many children in developing countries every day fall victim to hypovitaminosis outside of their control. One more reason to make the most of the healthy foods we have the privilege of having because having vegetables in the diet for some can mean the difference between life and death

There are two types of vitamin A deficiency, primary and secondary:

Vitamin A over dose

Hypervitaminosis A, which is toxicity from consuming excessive amounts of vitamin A is more likely to occur from retinol the animal source. Vitamin A retinol from animal sources can become toxic in consistently high doses due to the accumulation of it in the fat and liver stores where it is stored. Therefore excessive doses of retinol long term should not be consumed.

It has been documented that vitamin A retinol toxicity has been responsible for a number of deaths. Certain animal livers will contain such tremendously high amounts of vitamin A that it will kill you if you consumed. For older children and adults, you need more than 100,000 IU per day for months before you start to accumulate any serious toxicity. To give you an example of the scale of this, 200g of beef liver would give you 110,000iu of vitamin A retinol, which if consumed everyday would result in toxic illness and liver problems. Whereas 200g of polar bear liver would give you 4,800,000iu! So literally one bite would be enough to make you seriously ill, very quickly. In 1913 two Antarctic explorers Douglas Mawson and Xavier Mertz were both poisoned (and Mertz died) from eating the livers of their sled dogs. In 1974 a British man called Basil Brown who was a well known scientist and “heath food addict” who consumed 10 gallons of carrot juice which is 10,000 times the amount of RDA in 10 days, unfortunately those were his last 10 ten days as his skin turned bright yellow he died of severe liver damage.

Despite these cases, its very unlikely for anyone to consume that amount (150,000IU) or for anyone here to eat the livers of exotic animals that contain such toxic amounts of vitamin A retinol everyday. Lower but still excessive doses around 4,500IU of daily vitamin A consumption (which is more then 6x the RDA) is likely to leach your bones of minerals reducing bone density putting you at risk for osteoporosis as you age. The key is dont consume any more than couple carrots each week, some sweet potatoes each week, liver once a month and you’ll be healthy. 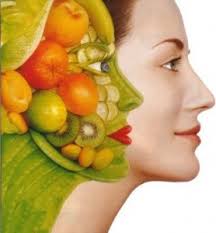 Start a dialogue and share your thoughts... Cancel reply

This site uses Akismet to reduce spam. Learn how your comment data is processed.